We work to bring the power of the law to all by building cutting-edge digital tools and fostering collaborations with the nation’s leading civil legal organizations.

A year after its founding, Pro Bono Net launched LawHelp.org/NY, a groundbreaking initiative to expand access to legal rights information and referrals for the public. Since 2000, the probono.net and LawHelp programs incubated in New York have been adopted in nearly 30 states, territories and Canadian provinces.

In 2005 Pro Bono Net assumed management of LawHelp Interactive, the first initiative in the country designed to help nonprofit legal aid organizations and their clients quickly and easily fill out critical legal forms online. Under Pro Bono Net’s leadership, and with support from the Legal Services Corporation and Ohio State Legal Services Association, LHI has has grown into a robust national program serving poverty law and court access to justice programs in more than 40 states.

In partnership with legal aid programs in Montana and Iowa, Pro Bono Net launched in the first LiveHelp online chat programs in the country help low income and vulnerable individuals find trusted information about their legal rights and services in their local communities. Pro Bono Net has supported the successful replication of this model with partners in 12 states, which combined now serve more than 40,000 people a year through LiveHelp.

In 2008, Pro Bono Net collaborated with leading immigrants' rights groups around the country to create Immigration Advocates Network (IAN). From its roots as a single destination for advocates supporting immigrants, IAN has grown to include programs serving immigrants themselves and the community organizations that serve them.

PBN has greatly expanded our reach and networks by partnering with leading civil legal aid organizations, immigrants rights groups, pro bono programs, courts, law firms and community-based allies across the country to adopt our tools to increase access to justice. Few in the justice sector are working at this scale, and no other technology innovations reach so deeply into the field.

The strength of Pro Bono Net has always been its rootedness in the very real-world problems of the communities we are trying to serve. | Mark O'Brien, Co-Founder & Executive Director 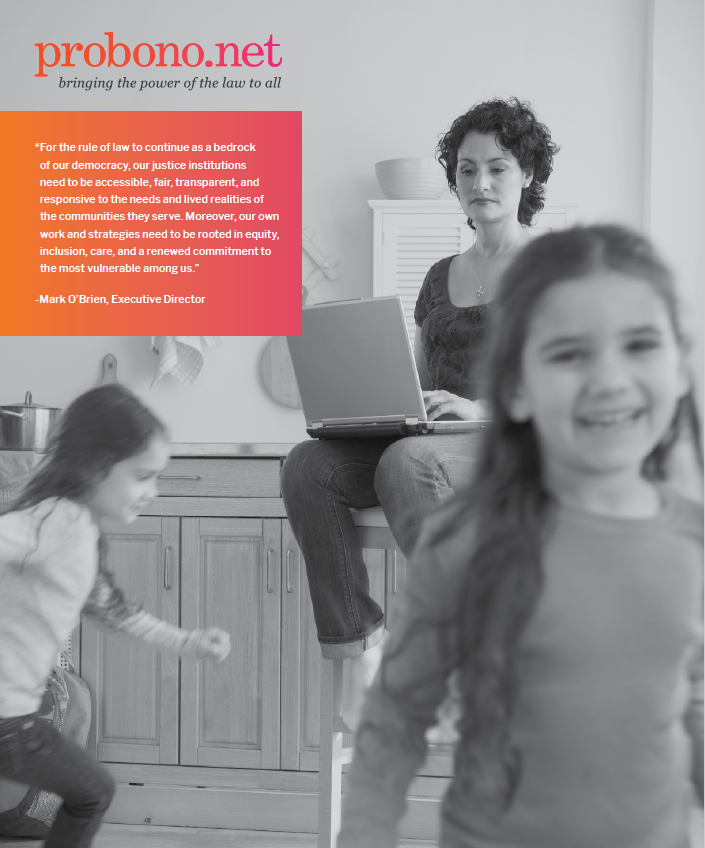 We present Pro Bono Net's 2019-20 Annual Report. We are grateful to White & Case for their assistance in the design and production of the 2019-20 report. 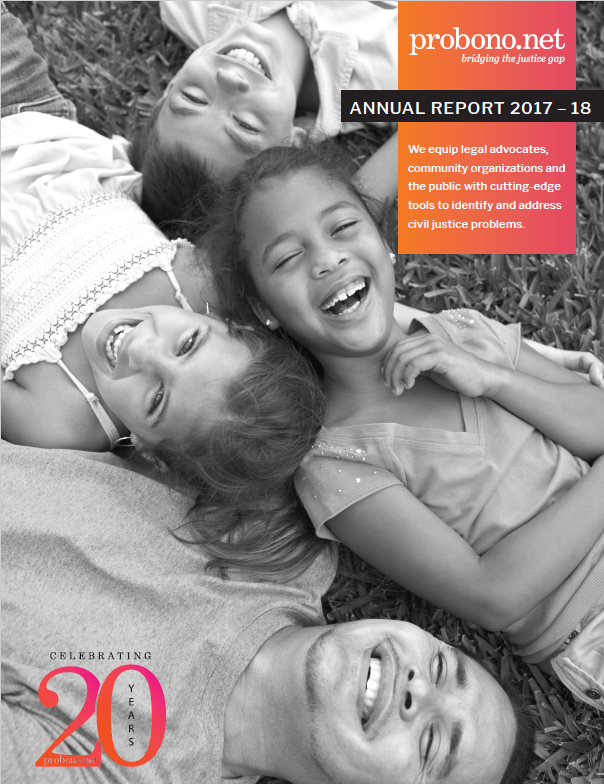 We present Pro Bono Net's 2017-18 Annual Report. We are grateful to White & Case for their assistance in the design and production of the 2017-18 report. 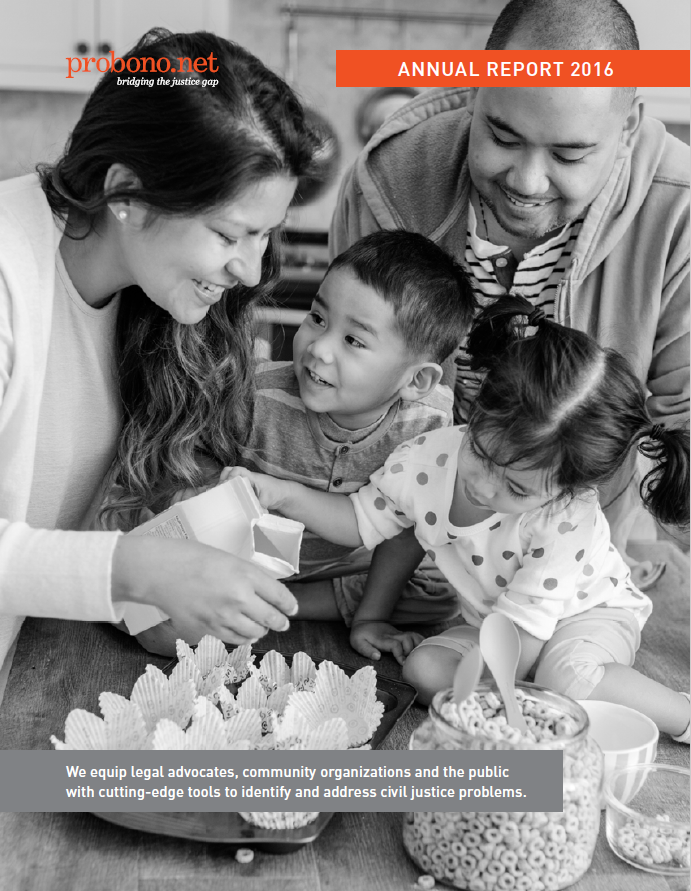 We present Pro Bono Net's 2016 Annual Report. We are grateful to White & Case for their assistance in the design and production of the 2016 report.